Now that we understand why we must discuss pornography with our sons to best protect them from sexual abuse and considered why we resist the discussion, let’s get practical. How do we begin that awkward conversation with our sons (and daughters)? How do we teach them that if someone shows them pornography they need to tell us?

Our discussion about pornography begins much like it begins for sexual abuse prevention—during bath time. When we teach our children selfcare, “Now, wash your face. Wash your arms. Wash your tummy. Wash your ______,” you fill in the blank. I bet it’s not the proper name—penis or vagina. I get it. I’ve heard it all—from potty parts to buttercups.  Go ahead. Giggle. It’s good to laugh at ourselves.

But what are we teaching our children when we replace the proper names for their private parts with silly names? Why should we overcome our own awkwardness for the sake of our kids?

And sadly, we unintentionally build a barrier between ourselves and our children regarding any discussion about pornography and its connection to sexual abuse.

So, practice. Penis, a two-syllable word. Vagina, a three-syllable word. You can do it. Let’s remove the shame we’ve embraced regarding these words for the sake of our children.

Then, after we master using the correct terms without blushing, we remind our kids, in gentle, normal conversational tones, “I just want you to know that your penis (or vagina), is a private part. No one is allowed to touch you there and you aren’t allowed to touch someone else there. We don’t show our private parts—the areas where our swimsuit covers to others either.  So, if anyone shows you pictures or videos of other people’s private areas, I want you to tell me. Got it?” Fist bumps.

Embrace teachable moments in the grocery store, on billboards and TV commercials.

Now that we’ve removed the shame from saying the words “penis” and “vagina”, and our kids understand their private parts aren’t for touching or viewing, we’ve built a bridge of communication toward other teachable moments. And checkout lines, billboards, and TV commercials give us plenty of opportunities to begin conversations.

If your son is like my three sons, he will notice inappropriate images. They can’t help it.  They’re visual creatures. And they can be both curious and disgusted when they see these images. How confusing.

Plus, we’ve taught them that private parts aren’t for sharing or viewing. And there they are, poor little guys, private parts staring them in the face. And the confusion builds.

We must accept that marketers aren’t going to stop using beautiful, photo-shopped, human bodies to sell items and perpetrators aren’t going to stop using pornography to groom children. And here’s the proverbial kick in our pants, we must embrace the fact that no one, no one is going to help our children process these images but us . . . and their budding hormones. Lord, help! We need to step in and lift their confusion.

So, how do we jump into the conversation, build our trust relationship regarding these issues, and affirm his uncomfortable feelings without shaming him for his curiosity?

Just do it. Jump.

We’re in the checkout line. We didn’t get there in time to turn the cover. We spot his eyes wander and land. Darn. So, we turn the cover over and gently say, “Those pictures are interesting to look at, aren’t they? We’re all tempted to look at them. But we need to respect this woman (or man) by turning the magazine over and not looking at it.” Then we bridge the gap to sexual abuse. “And, if anyone tries to show you pictures like that, I want you to come to me and tell me. Okay?” End of conversation, unless he asks more and then you answer until he’s satisfied.

I could give you more conversational examples for the billboards and TV commercials too, but you get the idea—affirm their natural curiosity, model your response by turning your eye.

And strengthen your relationship with hard conversations—conversations no one else is going to have.

We’d love to hear what your favorite ways of engaging hard conversations with your kids are. We’re all in this together. We need your wisdom, too.

Need an additional tool to help you continue the conversation?

Watch Bobby Gilliam, Brave and Strong on our website for FREE or BUY a hard copy through Amazon. Use our FREE discussion questions to strength your relationship regarding these hard conversations. Because children learn best through story.

Here’s what one dad is saying about Bobby Gilliam, Brave and Strong:

We were able to discuss in a non-threatening and non-scary way the subjects of pornography and sexual abuse. Sadly, reports show children being exposed to pornography for the first time by the time they are 10, so tools like this are needed more than ever to protect our kids. This book exposes tough issues gently but directly. ~Matthew F., a dad 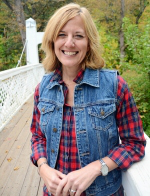