When You Catch Your Child “Playing Doctor” Wednesday, October 25, 2017

The following is a fictional story based on true accounts. Situations happen like this across the world, every day. It’s common, however . . .

Prefer to listen to Carolyn? Watch/listen to this post as a vlog:

It was a game. You show me yours, and I’ll show you mine. Curiosity had gotten the best of six-year-olds Emily and Jason. Neither one of them had a younger sibling of the opposite sex. They simply wanted to know what made them different and with no ill intent, they found a creative way to find out.

Kids will be kids. And their curiosity won’t kill them, but it might kill their mamas.

Sheryl climbed the steps lugging the wash basket filled with little girl’s clothing, a week’s worth of vacation laundry, finally washed and neatly folded. Exhausted, she was glad to be home and smiled as she heard giggles from her daughter Emily’s room. It was a good move, inviting Emily’s next-door neighbor friend, Jason, over for a play date. Sheryl had gotten the laundry nearly completed without interruption. A successful day in the life of any mother.

She pushed Emily’s bedroom door open wider with her foot, “Hey guys, do want a sn . . . ack?” Her heart pounded. The laundry basket fell to the floor. “Pull your pants up. What are you doing?  Jason, get your jacket. Go home. Now!”

Sheryl locked herself in the master bathroom and called her husband. Her cell phone trembled in her hand as she relayed the incident and her reaction.

“You don’t understand.” Sheryl wiped the tears with the back of her hand as she sank to the floor. “I blew it!  The look on Emily’s face. Jason’s face . . . I’ll never forget it. I shamed our daughter, not to mention someone else’s kid.” Sheryl closed her eyes. “What have I done?”

Then finally, “You reacted the way most of us would. You’re human. Where is Emily now?”

“She’s in her bedroom.” Sheryl took a deep breath and slowly released it. “I want a do-over.”

Oh, a do-over! How many of us mamas wish we could have a million do-overs deposited in the International Bank of Motherhood? I could have made a withdraw daily during the years of my most valuable and vulnerable parenting transactions.

It’s why I write about the hard stuff. The situations no one wants to think about, let alone talk about. I want to help moms avoid collateral damage. If we take the time to think about the unpleasant, we’re making an investment in our relationship with our child and in their future. Surely, it’s worth a moment of our time. Because most of us have triggers related to sex. Most of us have tasted, if not swallowed shame. And we’re going to want a do-over if we don’t make some deposits.

If we could rewrite the scene, we’d pick up where the laundry basket dropped.

And what about poor Sheryl? I said this was based on a true story. Sheryl was triggered. She reacted. She imparted shame.

With the encouragement of her husband, Sheryl, put on her big girl panties, went back into Emily’s room and did what all of us mamas must do sometimes. She apologized to her daughter and to Jason. And in doing so, she built a bridge of honest communication with Emily that would strengthen their relationship and minimize shame. Because all mamas fail. And do-overs build credit history and are worth the investment. 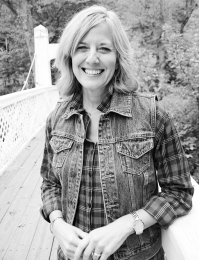